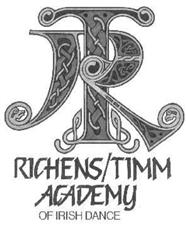 At Richens/Timm Academy of Irish Dance, Wyoming our mission is simple: to encourage and enjoy the art and athleticism of Irish dance.

In Anné's competitive career as a dancer with the renowned Richens/Timm Academy of Irish Dance, she qualified for the World Irish Dance Championships multiple times.  In addition to this coveted accomplishment, she consistently competed and recalled at the North American Nationals and the All Ireland Championships.

Richens/Timm Academy of Irish Dance has long been one of the most recognized and respected names in the World of Irish dance.  Our Wyoming branch, located in Casper is the first and only Certified Irish Dance School in the Central Wyoming area.  Richens/Timm Academy offers classes from new beginner through adult, providing a fun, friendly, family atmosphere where each dancer is given the polished skill set to maximize his/her potential to reach personal goals, whether that be to perform at a grandparent's nursing home, to capture a World Medal, or to simply enjoy the dance.

At Richens/Timm Academy of Irish Dance, Wyoming our goal is to provide an atmosphere that allows our dancers to thrive. 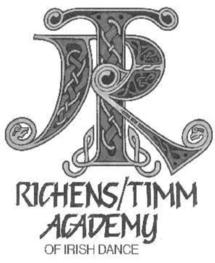 Anné studied under the direct tutelage of Ann Richens, a native of Ireland and one of the  most respected figures in the Irish Dance world, and John Timm the 1993 Senior Men's World Champion.  While in college, Anné successfully auditioned for the Riverdance program.  After retiring from competition in 2007, she passed her TCRG exam with honors and received her Certificate to Teach Irish Dance from An Coimisium le Rinci Gaelacha (the Commission of Ireland) in 2008.  In 2014 Anné became the 4th Adjudicator in the Richens/Timm Irish Dance family, following the footsteps of Ann Richens and John & Heather Timm.

Known for its outstanding success in the competitive arena, Richens/Timm has produced a multitude of World Qualifiers each year over the past two decades; and with performances a staple, has supplied both Riverdance and Lord of the Dance with numerous outstanding dancers (several capturing lead roles).